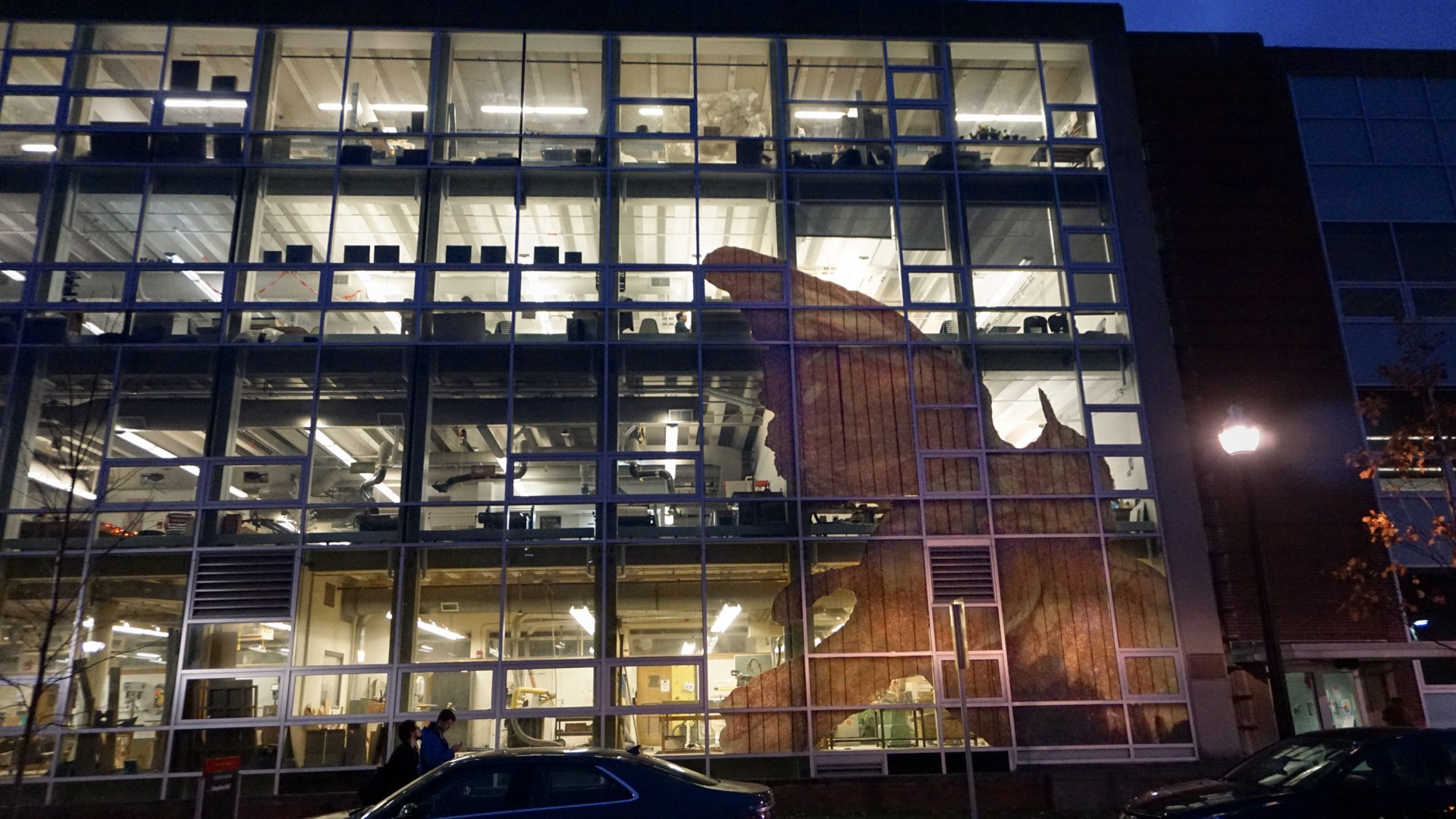 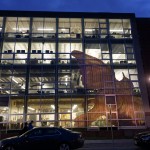 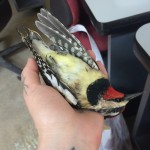 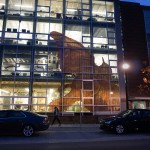 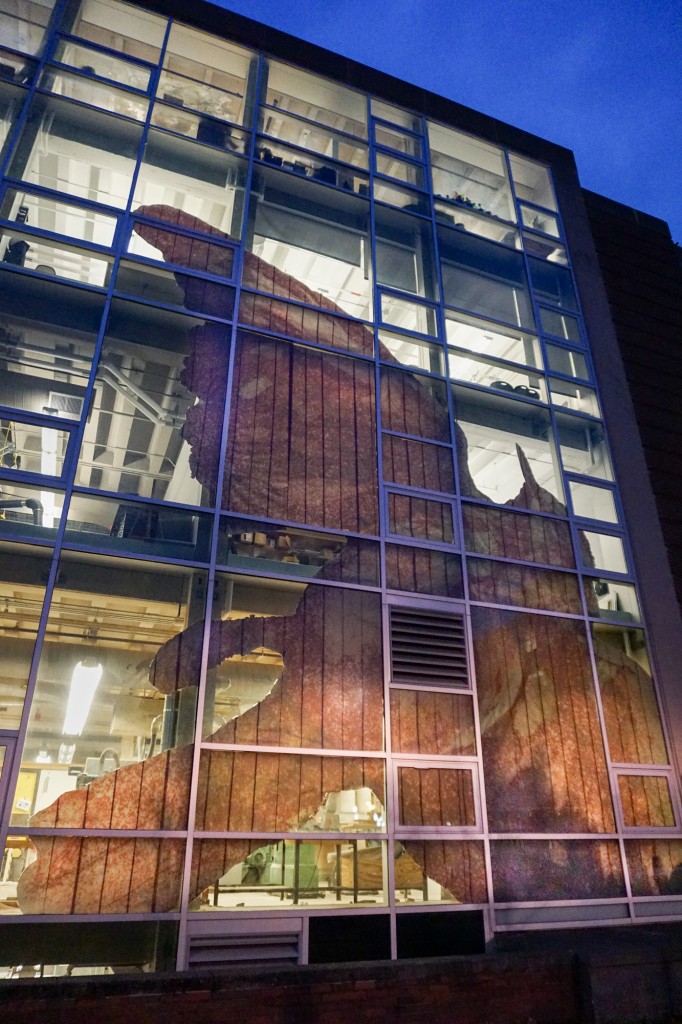 Specter of a Common Songbird

When a bird strikes a window, its body leaves a delicate imprint on the glass. Specter of a Common Songbird reimagines this small memento mori on a monumental scale to memorialize a songbird that was killed by the windows of Hopkins hall on May 9th, 2014. During the day, the enlarged etching is ghostly behind the reflections that may have lured the original bird to his death, but at night the image looms large, illuminated by the lights of the workspaces within.

Specter of a Common Songbird is the culmination of eighteen months spent working with the images of birds that died by window strike at Hopkins Hall.  The bird depicted in the installation was one of three collected on the same day. After being scanned, drawn, and etched on copper plates, the images were printed in different combinations and configurations, and translated into different print media.  The resulting body of work was inspired by the memorializing poems of Greek and Latin literature, which like the birds, are small, beautiful things that have been overlooked and forgotten.

Installed with the invaluable assistance of Michael McDevitt, Quinn Griffin, and Sarah Schultz. 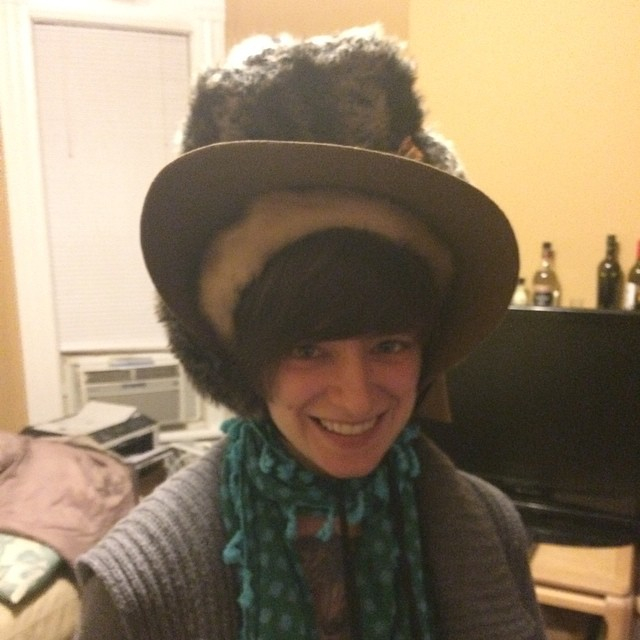 Allison Semele Blair is a printmaker currently located in Morgantown, WV. She was born in White Plains, NY and raised in and around New York City. Her fascination with Ancient Greek language and literature led her to get her BA in Classics from Brooklyn College. After completing a post-baccalaureate certificate at Columbia University, she went on to earn an MA in Greek and Latin at the Ohio State University. Her interest in contemporary expressions of classical ideas led her to shift her focus to the visual arts. She currently studies printmaking in the Master of Fine Arts program at West Virginia University.

My work seeks to memorialize the avian victims of human progress by providing them with new contexts. My subjects are frequently window strikes, who die by striking my studio windows. My processes include copper aquatints, stone lithography, and inkjet photography.