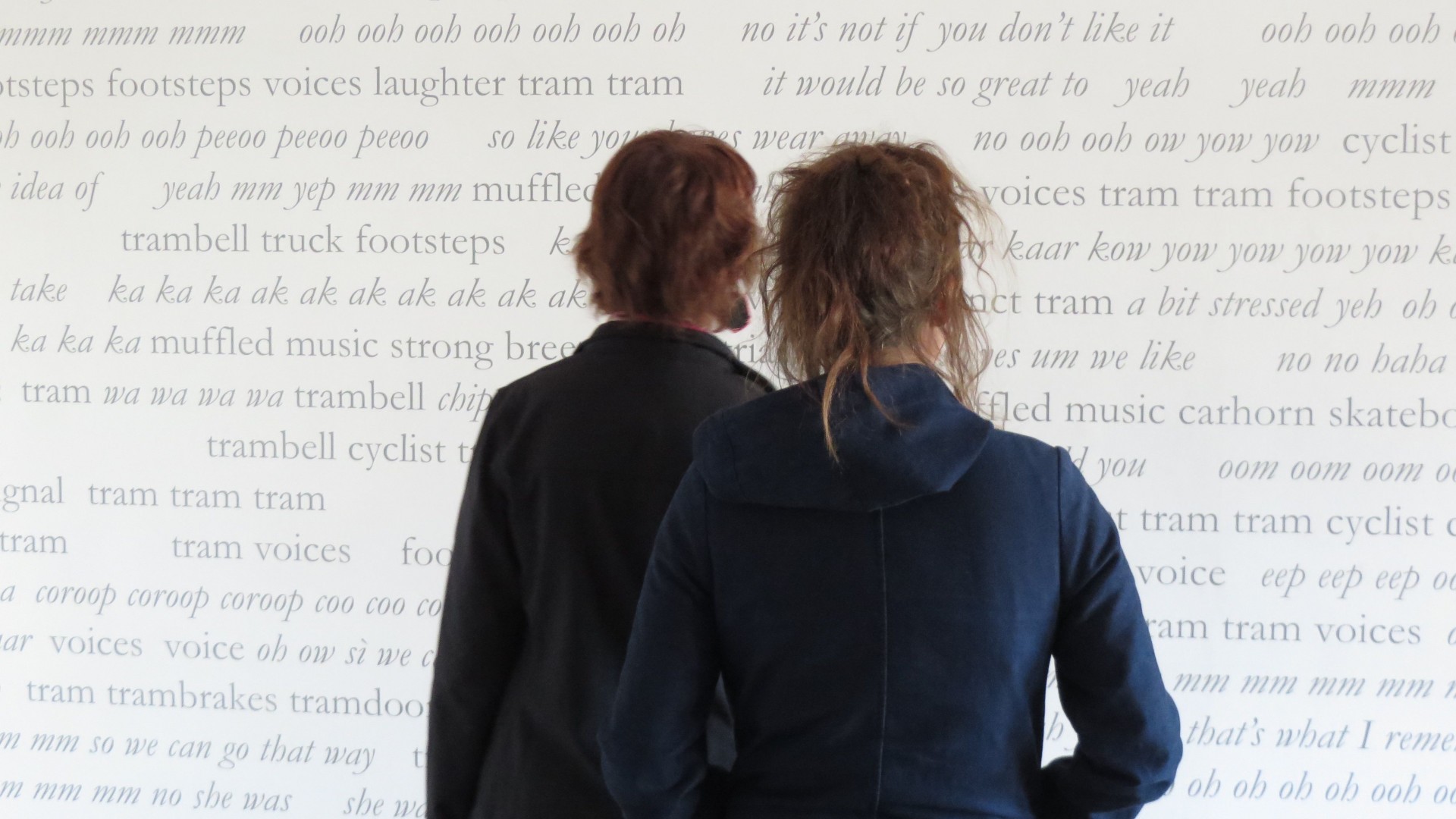 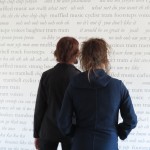 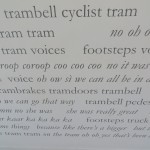 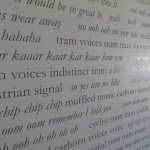 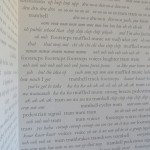 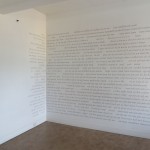 Through a textual realisation of the sonic, Shooting the Breeze (2015) proposes a vocal relationality between people and common noisy wild city birds triggered by lives lived in proximity to the Nicholas Building in central Melbourne, Australia, where the gallery is situated, but also more generally within all urban environments. Using the phonetic words that naturalists identify for bird calls in field guides, correlations are drawn between bird and human voice in the complexity of cities, with a focus on similarities rather than differences in terms of voice, vocality and potentially language. Using the installation as an experimental text score, this audio recording is of five performers who voiced the work on the opening night.

The possibility of informal vocal exchanges across species is suggested through the title of the installation. The expression shooting the breeze refers to idle chitchat, chatter, trivial discussion, gossip and is based on the subtle scope of relaxed and easy-going conversation. Gossip did not originally have the negative connotation it has today and is understood to have an important role in the development of our social bonding. The bonding of a social species like humans is vital for survival and some scientists have proposed that the original purpose of human language was gossip (Morell 2013, p.105). Social intelligence, which develops because of the strategizing required for surviving in socially complex societies that are full of uncertainty, has been scientifically proven in many different species (Morell 2013 p.198). Gossip is symbolic, therefore, of individuals working out their social strategies. Ornithologist Karl Berg embraces these ideas with reference to the Venezuelan green parrotlets he studies and I suggest these ideas can also be applied to very social and intelligent species like seagulls, pigeons, crows and ravens living in the urban environment.

Experimental musician Mark So describes the reach of “idle chatter” as a reason for using the English language over conventional notation in his scores. The seemingly contradictory nature of gossip and chatter as light-hearted banter betrays an inherent intricacy and complexity (Mark So cited in Lely and Saunders 2012, p.357). The attraction of relaxed conversation as a means of plumbing the potential of interspecies exchange provides an inviting context in which Shooting the Breeze resides. 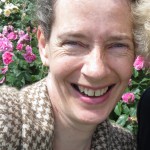 Born and brought up in London, UK where she completed her undergrad studies in Fine Art (Wimbledon School of Art, East London University), Catherine moved to Australia in the 1990s through a residency with Gertrude Contemporary in Melbourne. Her multidisciplinary art practice explores communication through voice and language and the interplay between hearing and listening – the vocal, the spoken – and seeing and reading – the visual, the written. Using collaboration and performance with field recording, digital imaging and the spoken/written word she is currently exploring an expanded approach to language within species and across species, with a focus on common noisy wild urban birds through a framework of everyday experience – the ordinary and the quotidian. She teaches at Swinburne University Melbourne (MA Writing, BA Media/Communications) and recently completed her practice led PhD (Fine Art) at RMIT University, Melbourne (2015).