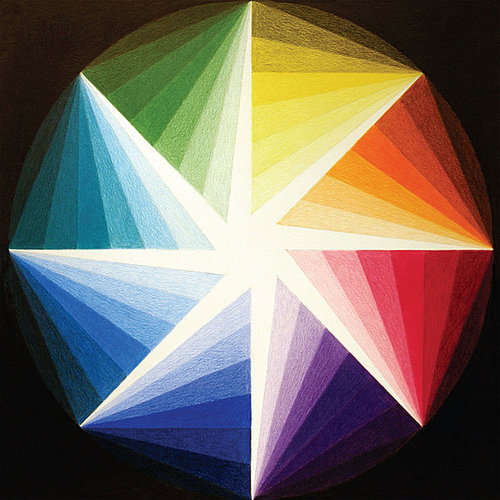 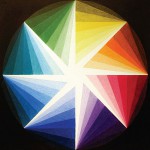 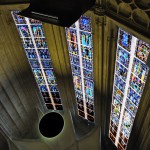 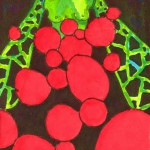 The title simply refers to the gear that was used to make this sound piece: a faulty minidisc fourtrack recorder (Yamaha MD4) and an effects processor (Korg Kaoss Pad 1).

The sound in this piece have been produced by the minidisc fourtrack that was used as a no-input feedback mixer in this case. By connecting some of the minidisc’s outputs to some of its inputs the machine feeds back into itself thus becoming a sound generator that can by further manipulated by means of the machine’s faders and knobs. The eventual audio input was then sent through the effects processor to add further articulation to the feedback sound. This results in a dense soundscape that features sounds that at times have a vocal or animal like quality.

The intent of this piece was to investigate into how I could improvise with myself: I recorded a first layer of about 20 minutes in a DAW and then, without pre-listening or rehearsing, played it back and recorded a second layer on top of that. I then repeated the same process with the first two layers and added a third one, resulting in three stereo layers (6 channels) of sound interacting with eachother.

The point of departure for the improvised composition (composed improvisation) is the way an everyday soundscape occurs: sonic events happen, they relate or interact, results of actions going on, different storylines happening at the same time, patterns emerging and disappearing, conversations going on (either for real or in the perception of the observer)… 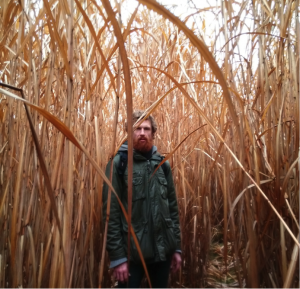 Jürgen De Blonde (°28-03-1975) is a Belgian musician-composer currently living in Ghent. He has been releasing material under the name Köhn since 1997, mainly on kraak.net. His solo outings focus mainly on music made with electronic devices using techniques like sound manipulation, synthesizing, sampling, looping, overdubbing and improvising. He implements a wide scope of musical influences in his music resulting in a blend that embraces melodious poppiness as well as abstract noisiness and what might happen in between.
He is a member of bands like ‘de portables’ and ‘inwolves’ and sporadically joins improvisational ensembles. Material of those projects has been made available through several releases. Jürgen has also been working for aifoon.org, an artistic organisation with a focus on listening and sound, investigating into how listening and sound affects our everyday life, attitudes and perception.