Housed within the terrarium is a native stick insect to the midwest, the Northern Walking Stick, with clippings of Pyracantha Coccinea, a native plant that the insect thrives on. iPhones mounted on the Selfie Sticks® are equipped with motion detecting cameras, capturing movement that occurs both inside and outside the terrarium.

Selfie Moment explores the relationship between viewer and viewed, conformity and the spectacle. Every day images from mobile phones proliferate the streams of media we absorb, the labor of these images has been outsourced to bystanders on the street, leaving their messages open to ideological agendas. If these innocent bystanders are the new journalists, are they still innocent? Selfie Moment attempts to blur the line between viewer and viewed, questioning where agency lies within the spectacle. 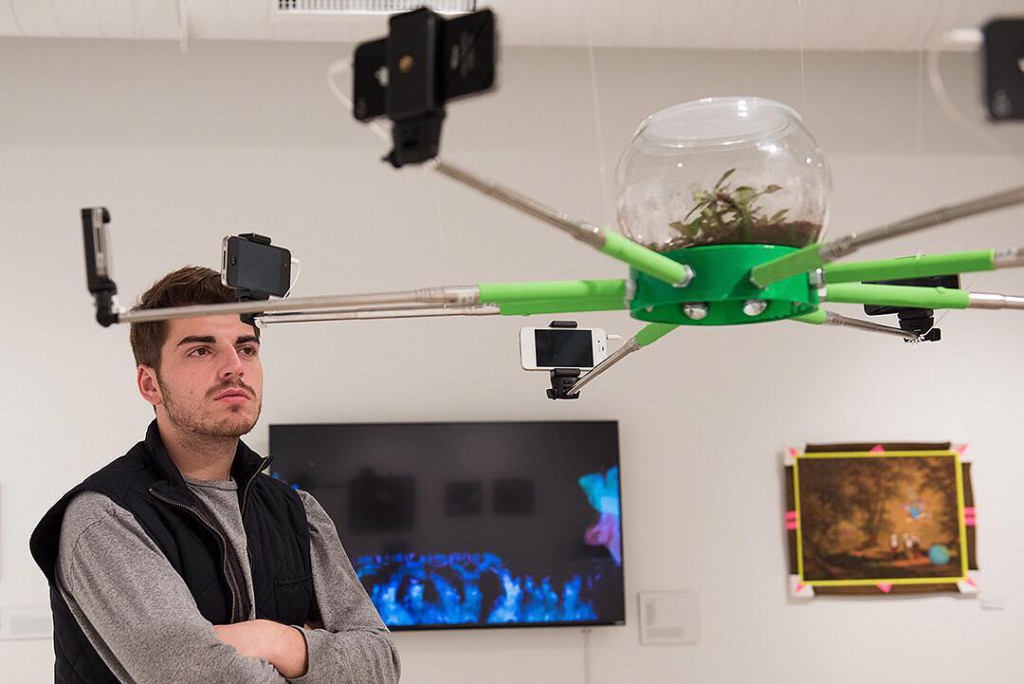 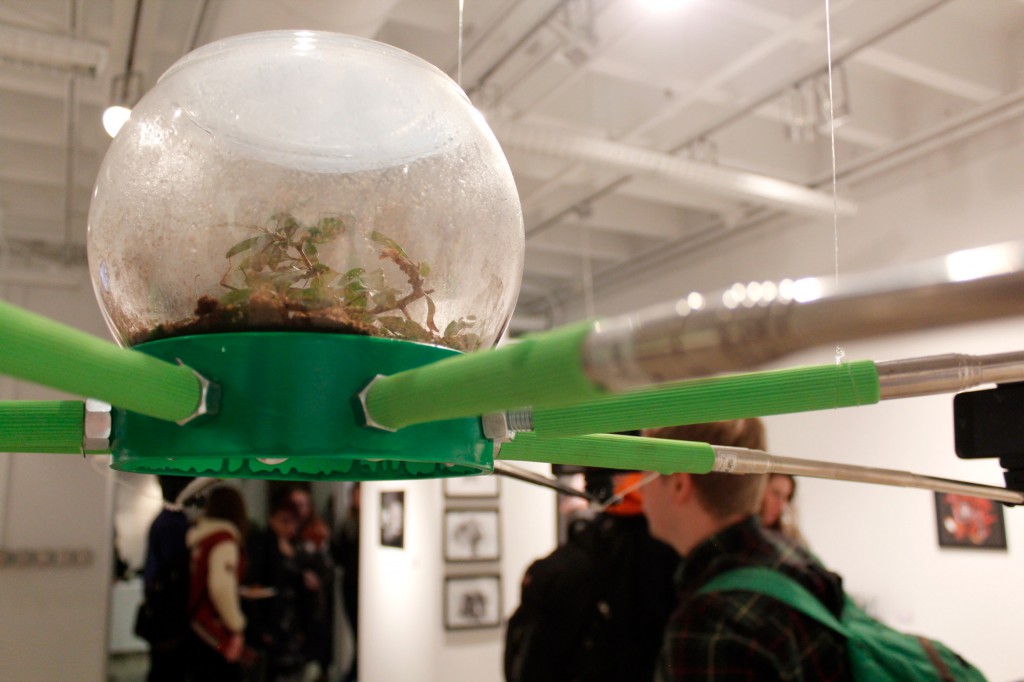